Jesus is our one true King. We do well to remember this, because in a complex and rapidly changing world it is all too easy to forget or discount this fact. Because we are so bound up in the business and busyness of the world, we do not always give the realities of the next world due consideration. For instance, we might ask ourselves what we fear more, having to answer to agencies such as the IRS or the FBI, especially as politics make them increasingly unjust and corrupt, or having to answer to a divine King who is all just and utterly incorruptible. Because there is little accountability, the IRS and the FBI are capable of making iffy accusations, manipulating evidence, or overlooking exonerating facts, but our true King only deals in the truth. Any accusation, evidence, or mitigating factor will be such that we cannot dispute how our King judges our worthiness or unworthiness of obtaining heaven. While we might be able to fool the IRS or FBI and while they are hardly all knowing and all seeing, Jesus knows it all more thoroughly and completely than we do ourselves. Finally, the government might bring us to trial and pass sentence on us such that we lose our financial assets, our liberty, or both. In our trial before the divine King, the stakes are much higher: they are eternal.

Besides the omniscience, pure justice, and incorruptibility of Jesus our King, there is another factor that we are unlikely to get from any government institution: mercy. Unless you are a member of the elite or happen to have some type of political privilege, the machine of governmental justice will entertain no semblance of clemency. In many cases, the world is unwilling to forgive and forget unless you belong to a particular class of people. For example, some people can lie with impunity under oath with no consequences or even to be hailed as heroes while others will be bankrupted defending themselves in court or imprisoned for not having perfect memories. Justice for me and those like me, but not for thee. Clemency for me and those like me, but not for thee.

There is no injustice, favoritism, or pettiness in Jesus. The judgment we receive from Him will be the fairest one we will ever have. As Moses taught, “For the Lord, your God, is the God of gods, the Lord of lords, the great God, mighty and awesome, who has no favorites, accepts no bribes, who executes justice for the orphan and the widow, and loves the resident alien, giving them food and clothing” (Deut 10:17-18). Also, as St Paul teaches, “Yes, affliction and distress will come upon every human being who does evil, Jew first and then Greek. But there will be glory, honor, and peace for everyone who does good, Jew first and then Greek. There is no partiality with God” (Rom 2:9-11).

The season of Advent begins with the contemplation of the end of this world and the end of our own participation in this world, the latter being more likely to occur first. Thoughts of the end and the divine judgment that follows precede a rush to celebrate the Nativity lest we forget why Jesus became one of us in the first place. He became one of us so that we might be able to be judged worthy of salvation through His mercy. Mercy from our brothers and sisters, especially from soulless institutions, can be hard to come by, but our Lord’s mercy is a simple matter of repenting and believing. 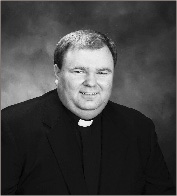